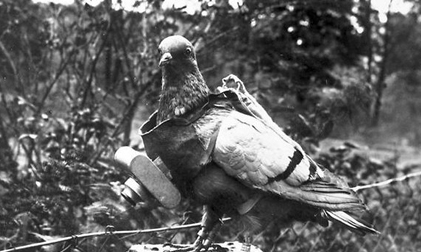 Photogrammetry is the science of making measurements from photographs. The  concepts go back as far as 1480 when Leonardo da Vinci stated:

“Perspective is nothing else than the seeing of an object behind a sheet of glass, smooth and quite transparent, on the surface of which all the things may be marked that are behind this glass.”

In more modern times however application of Aerial Photogrammetry has been used to gain military advantage. During WW2 we adapted military aircraft, the most famous of which was the Spitfire stripped of its weapons to accommodate the weight of the cameras. The unarmed Spitfire had a camera pointed vertically towards the ground. Multiple overlapping photos of the ground were taken as the aircraft flew along a flight path.

Once returned the photographs were painstakingly analysed by a team of photographic interpreters known as PIs – at RAF Medmenham in Buckinghamshire. One of the Royal Air Force’s most significant successes came with Operation Crossbow, when it tracked down, identified and destroyed many of Hitler’s V-weapons which could have prolonged the war and cost thousands more lives. Significantly though British intelligence worked in three, rather than two, dimensions using a stereoscope. This simple Victorian optical device brought the enemy landscape into 3D allowing height to be calculated from otherwise 2D photographs.