Is BIM fundamentals already present in the Process Industry? 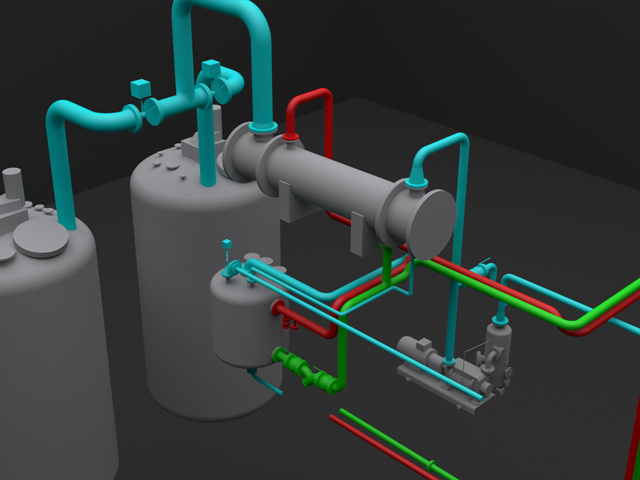 IS BIM FUNDAMENTALS ALREADY PRESENT IN THE PROCESS INDUSTRY?

So before we start, lets understand the basics of BIM, first of all its an acronym for Building Information Management, it’s the process of designing new builds, usually multi million pound builds, collaboratively using a 3D modelling package.

Previously the projects would require multiple, possibly hundreds of 2D drawings, which would firstly take months to produce, but a single change would require updating any other drawing that corresponding with it; clashes during the building process were always present and ultimately would set projects back in time and money.

But with the BIM technology, you are able to see the big picture and small changes, which could result in clashes can be highlighted to relevant team members before the build process even begins.

A recent ALS project with a Pharmaceutical firm, enabled us to adopt a similar BIM process with a layout of new plant; this particular client had a building filled to brim of piping, vessels, tanks, pumps and exchangers; and his new project would require a lot more than basic 2D layouts.

The project required a new process unit, which would remove gas from the top of two vessels, compress it down and re-insert it back into the process as a liquid. This unit would require a compressor, tank and heat exchanger. But because of his already busy plant, the layout of the plant would be difficult and the ability to tie into his existing vessels seemed impossible; especially since the new plant due to its size, required it to be located on a previous floor.

Advanced 3D Laser Solutions proposed we scanned the building using 3d laser scanners and model out the existing plant, which could clash with the new proposed plant, from here we went through the P&IDs and discussed with the client his ideas and concerns which was running this new 6” line through the floor and not clashing with existing lines, steelwork or cabling.

Once the existing plant was modelled we were able to contact his vendors about documentation on his new compressor and heat exchange, expecting to receive piles of 2D GA layouts we were pleasantly surprised to find out they had accurate 3D models of already, from there we were able to quickly import the equipment move it into position and pipe directly from it.

The whole process took a matter of days opposed to taking weeks or months and we were able to quickly produce a Bill of Materials, enabling him too quickly and accurately budget for his future project without the worry of clashes.

So the conclusion of this story is not to under estimate the power of 3D especially in the process industry, yes the building industry are already having fun with it but it’s your time now too. So with your next project speak to your vendors and check to see what they have available, this process isn’t just to look pretty but provides a powerful tool to your next project; at a price which will surprise you.